A creativity exercise to improve your skills

Let’s give your creative mind a workout with this little creativity exercise. The more you do this, the better you’ll get at one of the fundamental skills that lead to new ideas: combining elements. And it may give you some brilliant ideas you can use while you’re at it.

You can either use the embedded tool on this page or click the button at the bottom of the page to open up the creativity exercise tool in its own window.

How to use this tool

The tool immediately gives you two familiar objects. Your job is to come up with at least three different ideas from combining those objects. Preferably something you’ve not seen before.

For example, let’s say you got ‘Mouse Trap’ and ‘Volcano’. Here are three ideas you could get from combining them:

You may find it easier to draw some of your ideas than explain them in words. Do whatever works best for you.

Once you’ve come up with at least three ideas from the given prompts, tap the ‘Go Again’ button to get new prompts. Do this exercise a few times and see if there are any useful ideas you’d like to develop.

If you think you’d understand it better by watching me do the exercise, you can do that right here:

When to use this creativity exercise

Check out my book, How To Get To Great Ideas, which has lots more advice, tools and techniques.

You can also find a bunch of other tools I’ve created to help develop your creative abilities and push your thinking in new directions. I keep adding to them whenever I find the time to do a bit of coding, so it’s probably best to keep an eye on my newsletter to see when I release new things.

Open the creativity exercise in a new window 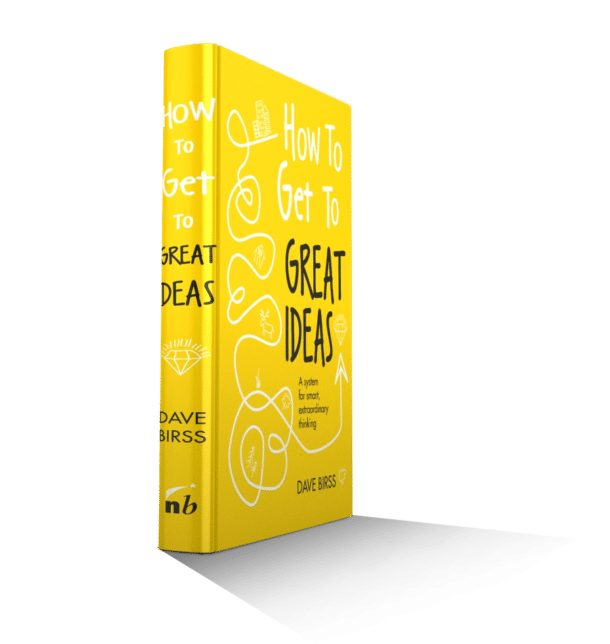